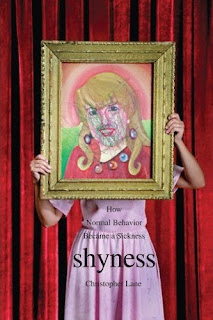 Christopher Lane is the Miller research professor at Northwestern University and the author of the newly published "Shyness: How Normal Behavior Became a Sickness."

His last book, "Hatred and Civility: The Antisocial Life in Victorian England," explored misanthropy, or people-hating, in the 19th century. "One of the things I was trying to do in this new book was think about what happened to misanthropes in the 20th and even 21st century," Lane said.

"As one psychiatrist that I interviewed put it, 'Well, they probably all got medicated, right?' Although his response was a bit glib, the risk is that indeed a lot of these emotions have been distorted or interfered with through medication."

Lane's book focuses on the process by which the psychiatric "bible" —- the Diagnostic and Statistical Manual of Mental Disorders" —- was revised in the 1970s and '80s by a task force of specialists appointed by the American Psychiatric Association.

The AJC spoke with Lane recently by phone. Here is an edited transcript of that conversation:

Q. You were able to review hundreds of documents pertaining to the 1980 revision of the Diagnostic and Statistical Manual —- documents that offered a glimpse of the process that few people had ever had before. What were some of the things that surprised you most in those files?

A. I was astonished at the carelessness of the psychiatrists and the degree to which their own self-interest often trumped scientific rigor. There are tremendous revelations of their own ambition and their willingness to sacrifice scientific rigor on the altar of expediency.

For the rest of the Q&A, click here.
Posted by The Strothman Agency at 1:05 PM 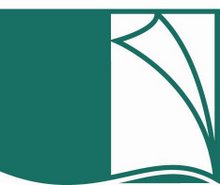 The Strothman Agency seeks out scholars, journalists, and other acknowledged and emerging experts in their fields.

We specialize in narrative non-fiction, memoir, history, science and nature, arts and culture, literary travel, current affairs, and some business. We have a highly selective practice in literary fiction and smart self-help. We are now opening our doors to more commercial fiction but ONLY from authors who have a platform. If you have a platform, please mention it in your query letter.

Browse the Latest News to get an idea of the types of books that we represent. For more about what we're looking for, read Pitching an Agent: The Strothman Agency on the publishing website mediabistro.com.

To submit your material, please send the following by regular mail:

A query letter outlining your qualifications and experience.

A synopsis of your work.

Please do not send entire manuscripts unless requested. We do not accept or respond to queries via e-mail or fax.

The Strothman Agency does not charge a reading fee, and every submission is read and considered. Due to the volume of submissions we receive, please allow three to four weeks for a response.

The Strothman Agency is a member of the Association of Authors' Representatives and the Authors Guild.